Family photography in the snow

Don't you just love when it snows? That excited feeling waking up in the morning and knowing that it's snowed without looking outside, because of the special quietness after a snowfall.

I took my long 75-300 mm lens along with my sister and dog to try and get some real action shots. We chose a spot with lots of snow and a reasonable background and Jane started throwing snowballs at Dora the dog. It's much harder than it looks! I kept the aperture fairly small (f7.1) because I know from experience that I won't be able to get sharp images when the dog is moving so much. I put the camera on burst shooting to maximise my chances of getting a good shot, but then found that the focus point was sometimes moving on to the background. So I put the lens on manual focus which worked well, so long as Dora stayed roughly in the same plane. Here are a few of the images I got: 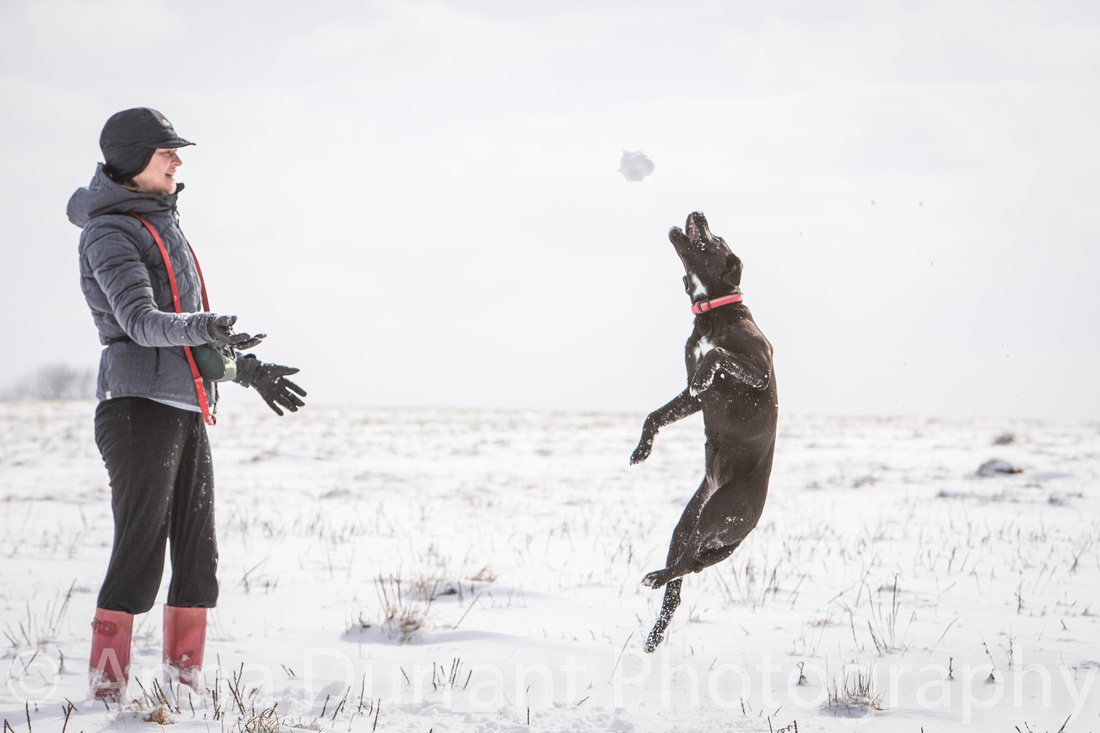 Acrobatics in the snow 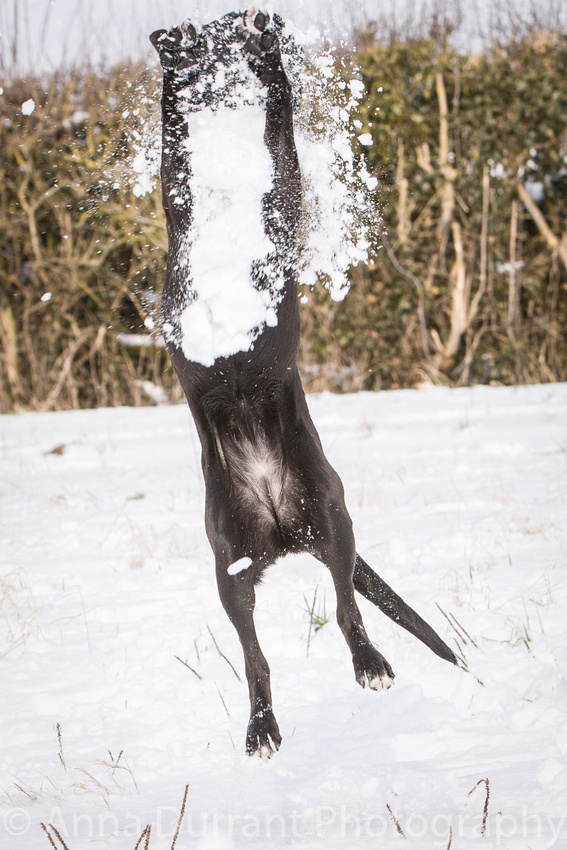 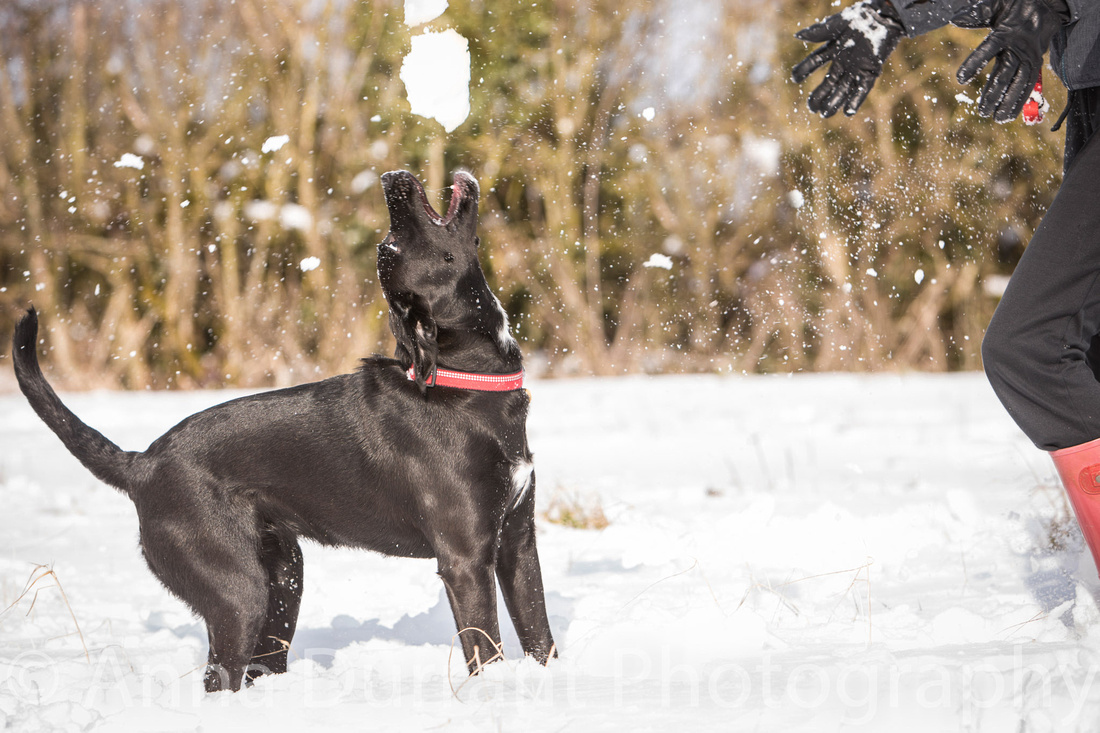 Playing with the dog in the snow 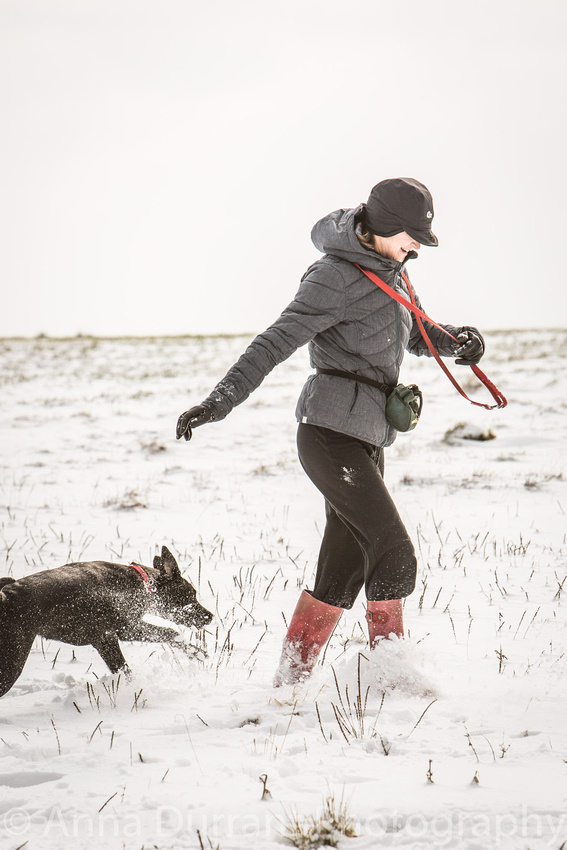 Running with the dog in the snow

There was quite a bit of fiddling necessary in Lightroom afterwards as the contrast was huge with white snow and a dog that's nearly black! I lifted the shadows quite a bit, increased the clarity and warmed the images up a bit as it makes me feel better! I hope you like them.